In 1993, the name was changed to Coziahr Harley-Davidson® and by 1996 a massive expansion was underway. Tragedy struck in January 1998, just before construction was complete, when the entire facility burned to the ground. Seeking a new "home," we moved the dealership to a facility just outside of Decatur, in Forsyth, IL. In 2001, our daughter, Michele, joined the dealership. As business expands, our dealership's facility also grows. In August of 2003, we were happy to finally move into a more permanent home at 150 W. Marion Ave. in Forsyth, Illinois. 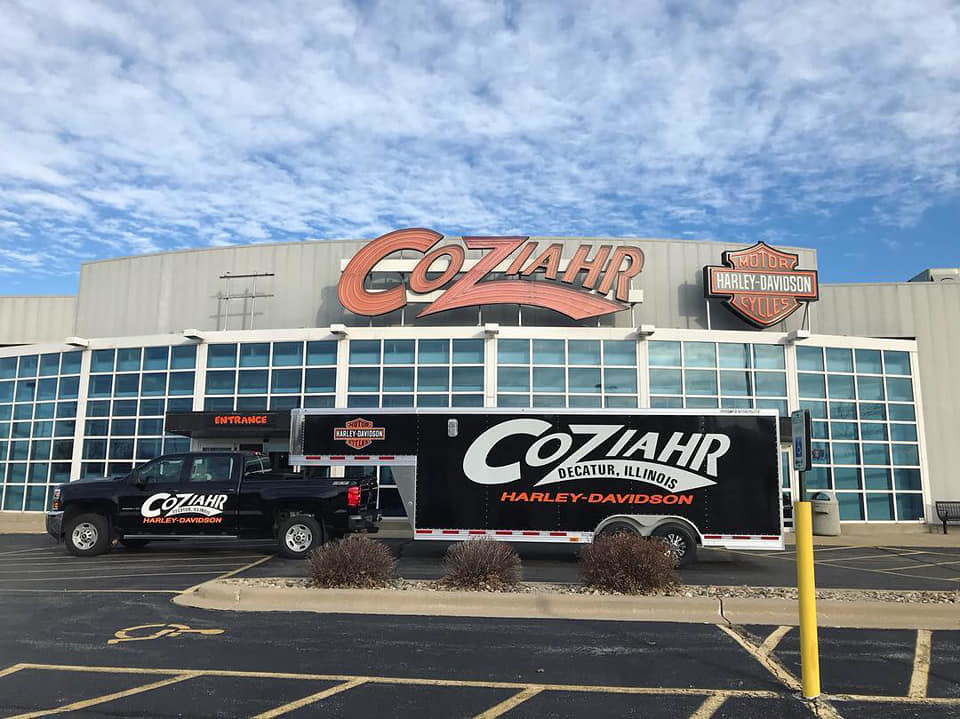 At Coziahr Harley-Davidson®, we are passionate about the motorcycle business. Our dedication to the Harley-Davidson® lifestyle is evident in every aspect of our dealership including the quality new Harley® motorcycles and used sport bikes we offer. You can trust our sales, service and parts departments to find what you need.

The challenges our growth brings have deepened our dedication to family, employees, and customers - and our country. Visit us in Illinois to buy the Harley® you've dreamed of or to check out the H-D® parts, apparel and accessories we offer or find repairs and maintenance for your current motorcycles.